How did Fascism Emerge? Did it Ever Go Away?

These fundamental questions are addressed by Professor Giuliana Chamedes this Constellations course.

For Fall 2022, History 366: From Fascism to Today: Social Movements and Politics in Europe

This class investigates the unsettling history of European and American Fascist movements in the twentieth century. Taking a comparative approach, it analyzes how Fascist movements developed on both sides of the Atlantic after World War I. Key topics include the long shadow of European imperialism when it comes to both racism and militarism; the fragility of democracy after 1918; why and how Fascism and Nazism garnered popular, transnational appeal; and the emergence of anti-Fascist social movements in both Europe and the United States. We will also look at why both Fascism and anti-Fascism are still with us today, even as we avoid simple historical analogies that draw direct lines between past and present. Through careful scrutiny of a range of texts, songs, and films, the course will challenge students to see the past in new ways. Along the way, students will engage directly with European and American scholars of Fascism and anti-Fascism, and become makers of their own history, as they develop their own projects related to these themes.  Because this is a Constellations class, students will have the choice to opt into more one-on-one assistance with their assignments than they would with other classes. By the course’s end, students will have been given the tools they need to become strong writers, critical thinkers, savvy researchers, and well-equipped commentators on our historical present. 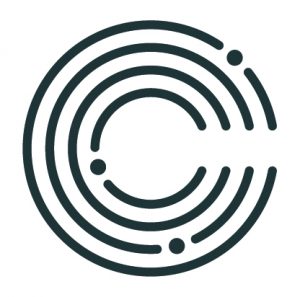 HISTORY 366: From Fascism to Today: Social Movements and Politics in Europe

Mode of Instruction: In Person

High-impact Constellations class, undergraduates become the protagonists of their own education. History 366 flips the classroom and engages students in high-impact practices, including service-based learning, and interactions with guest scholars. The course helps students grow as writers, speakers, and independent critical thinkers. Over the course of the semester, students build a webpage and put together a meaningful public service project, working in collaboration with a local high school or community organization.

As a project- and community-service-based class, History 366 students create humanities video projects that are shared and used as the basis for engaging conversations with local high schools.

View a selection of the projects here! 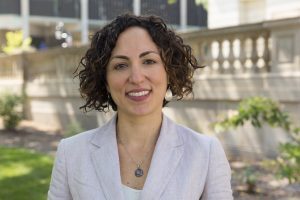 Giuliana Chamedes is a Mellon-Morgridge Professor of the Humanities and a scholar of international and global history, with a focus on the place of Europe in the wider world. Her first book, A Twentieth-Century Crusade: The Vatican’s Battle to Remake Christian Europe was published by Harvard University Press in 2019, and explores how World War I galvanized the central government of the Catholic Church to craft its own variety of internationalism, which was intended to rival both liberal and communist internationalism. She is a member of the Department of History and active in UW-Madison’s Public Humanities community.

PATHWAY TO THE HISTORY CERTIFICATE

Constellations and the Integrated Liberal Studies (ILS) Certificate are two separate, but highly-related programs: the Fascism: Then & Now course can be a starting point for students interested in pursuing the ILS Certificate. Students who take Fascism: Then & Now earn 4 credits toward the total 15 credits needed to complete the certificate.  The ILS Certificate is offered through the Integrated Liberal Studies Program and includes a wide range of interdisciplinary classes from several different departments.